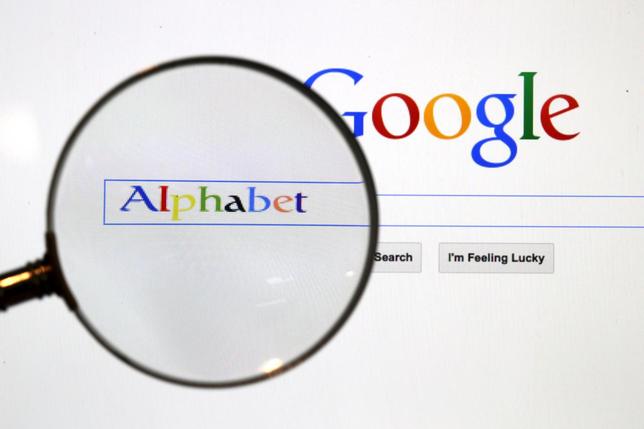 Crawford, chief executive of London-based CentralNIC Group Plc, woke up in Sydney to learn that the domain powered by his company – .xyz – would host the website of Google’s new company, Alphabet Inc.

“I read it and I was amazed,” said Crawford, whose company’s shares have soared almost 50 percent since Google stunned the market with the announcement of its reorganization on Monday.

Companies such as CentralNIC provide the technology that powers the registry of domains sanctioned by ICANN, which oversees the introduction of new Internet addresses. Since 2014, ICANN has been introducing hundreds of new so-called top-level domain addresses, such as .london and .sex.

Google’s move to use .xyz is a strong endorsement of these new domains that give users more choice and flexibility as the Internet grows bigger. Registrations on the .xyz domain have increased by more than 27,000 since Google’s announcement, according to ntldstats.com.

CentralNIC is the exclusive wholesaler for .xyz, by far the most popular of the new domains. It was created last year by 29-year-old Daniel Negari, ICANN’s youngest registry operator.

Companies like CentralNIC sell these domains through retailers such as GoDaddy Inc and MarkMonitor, a company owned by Thomson Reuters Corp.

Google bought the rights to abc.xyz from MarkMonitor, which registered the address in March 2014.

CentralNIC will get a share of the annual subscription that Google will pay to keep the website. Crawford declined to say how much his company would make off abc.xyz.

Premium top level domains, such as sex.com and insurance.com, typically sell for hundreds of thousands to millions of dollars in privately negotiated deals.

“I don’t believe abc.xyz was anything like that amount, but in terms of how much a domain name can sell for, that’s around the top of the range,” 50-year old Crawford, still on holiday, told Reuters on Thursday.

“I guess that’s the message that Google wanted to get across: that Alphabet is the Internet business of the future.”

(Reporting by Abhiram Nandakumar in Bengaluru; Editing by Ted Kerr and Saumyadeb Chakrabarty)

Our vision is to provide all small and medium businesses with an equal opportunity to improve using the same online technology that's utilised by large multi-nationals.

Our mission is to make online technology affordable to all small and medium businesses and use Btab Network to help as many businesses as possible.
Ads by Btab